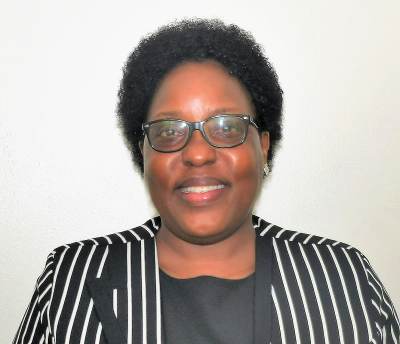 Mrs. Kanyemibwa serves as the Bank Secretary/Secretary to the Board of Bank of Uganda, a role she has held since March 2015 to-date. Before joining Bank of Uganda, Mrs. Kanyemibwa was Head of the Legal Department of Monitor Publications Limited and was as well serving as the Company Secretary from 2001-2004.  She started her career in 1994 working with M/s. Nangwala, Rezida & Co. Advocates as a Legal Assistant, before joining Monitor Publications in 1998. At the Bank, she joined as a Senior Principal Banking Officer in the Legal Department, after which she became an Assistant Director in the Board Secretariat Directorate. She was appointed Director, Board Affairs Department in 2011, from which she rose to her current role. Mrs. Kanyemibwa is a Fellow of the Institute of Chartered Secretaries and Administrators (UK).