The Deposit Protection Fund of Uganda (DPF) is a government agency that provides deposit insurance to customers of deposit-taking institutions licensed by Bank of Uganda.

The Deposit protection Fund of Uganda (DPF), which is also referred to as the Fund, was established as a separate legal entity following the enactment of the Financial Institutions (Amended) Act, 2016. Prior to this, DPF was managed by Bank of Uganda.

The process of operationalizing the Fund commenced…. 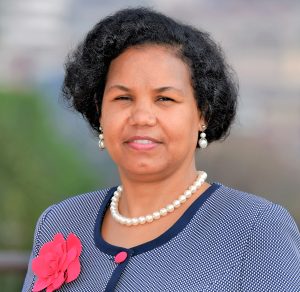 Once again, we are the Deposit Protection Fund of Uganda (DPF), a government agency that provides protection to customers of deposit- taking institutions licensed by Bank of Uganda.

On behalf of the Board of the Deposit Protection Fund of Uganda (DPF), I am pleased to release the Fund’s Annual Report for the financial year ended June 30, 2022. In line with Section 111D of the Financial Institutions Act, 2004 as amended, the DPF submitted its audited financial statements and a report of its operations to the Minister of Finance, Planning and Economic Development within the stipulated statutory period. The Auditor General issued an unqualified opinion on the Fund’s financial statements, indicating that the financial statements were presented fairly in all material respects.

Over the period under review, total assets of the Fund grew by 15 percent from UGX 1,000 billion as at June 2021 to UGX 1,150 billion in June 2022. Investments in Government of Uganda treasury bills and bonds increased from UGX 989 billion to UGX 1,128 billion over the year. Treasury bills and bonds continued to constitute 98% of the Fund’s total assets as the Fund strives to strike a delicate balance between capital preservation, liquidity and return.

Additionally, the sector witnessed an increase of 8.4 percent in the total number of bank accounts from 19.1 million as at June 30, 2021, to 20.7 million as at June 30, 2022. This development reflects amongst others, the growing confidence that the public has in the sector. It is important to note that at the current protection limit of UGX 10 million, 98 percent of the total number of accounts in the banking sector are fully protected. This is way above the benchmark of 90 percent put in place by the East African Monetary Affairs Committee.