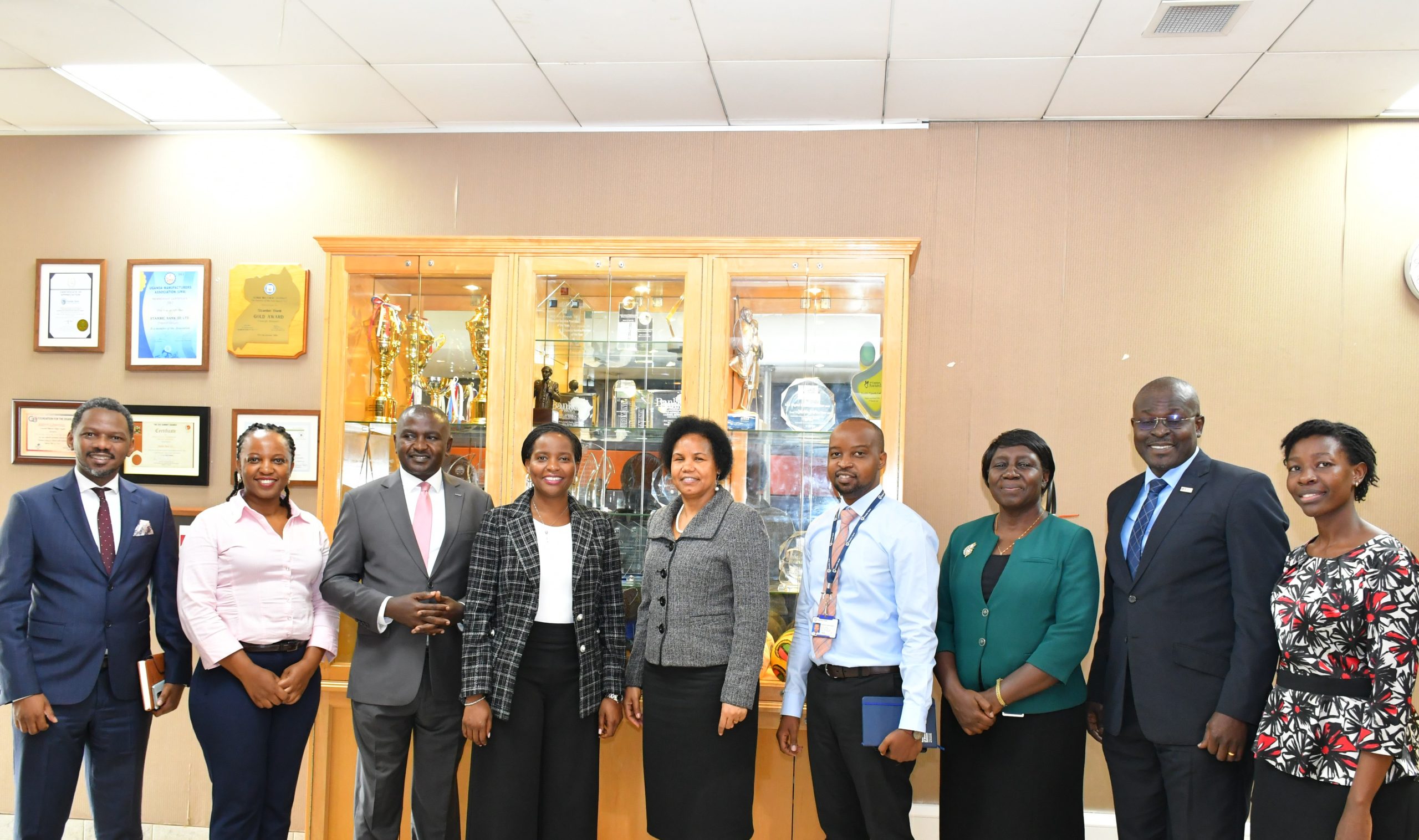 Mrs. Oyet started her remarks by giving the Stanbic Bank team a brief history of the Fund, its mandate, operations, deposit insurance limit of UGX 10,000,000 and the fact that it covers 98% of depositors of contributing institutions. She also stated the need for the bank to upload its financial statements on the bank website in addition to the newspaper publications because customers need to be able to retrieve the statements at their convenience. Oyet further informed the bank’s team about the development of the IT Depositor Payout & Premium Management System and emphasized the need for the bank to ensure that customers avail them with their National Identification Number (NIN) and alternative mode of payment since it is such information that will be required by the system, should the need for a payout arise.

Mrs. Kiryabwire informed the bank about the DPF regulatory framework that is being developed. She also expressed the need for the bank to collaborate with the Fund should it be called upon for participation in the drafting of the framework since Contributing Institutions are key stakeholders of the Fund.

Regarding the premiums collected by the Fund from the Contributing Institutions, Mr. Alan N. Lwetabe gave an update that the premiums are invested in Government of Uganda securities so as to grow the Fund. He informed the team that this was guided by the mandate of the Fund as provided for in the Financial Institutions Amendment Act 2016.

Mr. Patrick O. Ezaga, Director Communications also made a few remarks highlighting the public awareness efforts undertaken by the Fund. Mr. Ezaga applauded the bank for displaying of DPF materials in their banking halls as required by law.  He further stated the need for Stanbic Bank to support the Fund in its public awareness drive, by allowing their front office staff attend training sessions which will be organized by the Fund. The emphasis on front line staff was due to the fact that they interface with customers and should be able to answer any questions about DPF when asked.

Following the remarks from the DPF team, the Stanbic Bank Chief Executive Ms. Anne Juuko appreciated the Fund for its efforts in contributing towards financial sector stability. Ms. Juuko confirmed that the bank publishes its financial statements online and releases them half-yearly. She pledged to ensure that DPF is supported in its public awareness initiatives as much as possible, especially with regards to training front office staff on basics of deposit insurance.

The Deposit Protection Fund of Uganda (DPF) has released the Annual Report and Financial Statements for the Financial Year 2017/2018.

Courtesy Visit to Exim Bank by the Deposit Protection Fund of Uganda – November 11, 2022

September 16, 2022 went down in the chronicles of history as the day when the…