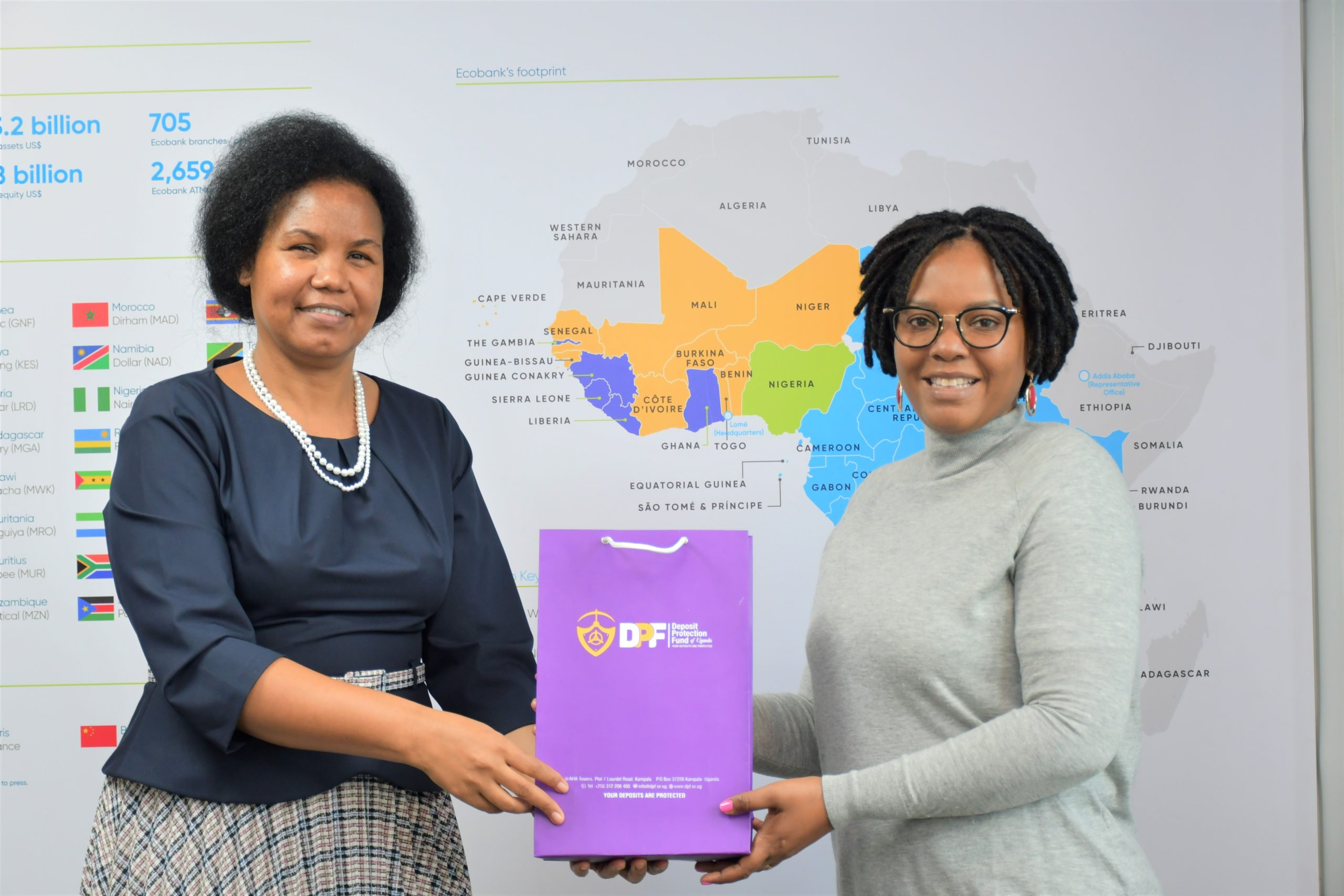 September 16, 2022 went down in the chronicles of history as the day when the Deposit Protection Fund of Uganda held the first ever on-site inspection exit meeting with a Contributing Institution in its burgeoning and yet relatively short lifespan. At the helm to provide stewardship towards achievement of this major milestone was Mrs. Julia Clare Olima Oyet, the DPF Chief Executive Officer who led a solid team from the Fund to the meeting with Ecobank Uganda. Ms. Grace Muliisa, the Managing Director of Ecobank Uganda was on hand to receive the team from DPF accompanied by an eminent team of members of the Ecobank management.

This meeting was in many ways a climax of the activities involved in the on-site inspection exercise that was successfully conducted by a team from the Fund alongside that from Bank of Uganda.

At the meeting, Mrs. Oyet shared a brief synopsis of the Deposit Protection Fund noting that the core mandate of the Fund is rooted in ensuring that there is public confidence in the financial sector, which ultimately contributes to stability of the sector. She further appreciated the Ecobank team for their cooperation during the inspection exercise. 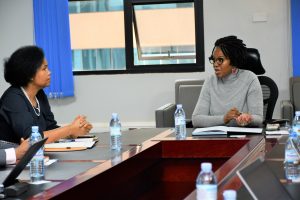 The DPF Team made a presentation of their on-site findings.  The meeting also provided a platform for the DPF team to update Ms. Muliisa and her team about major projects being undertaken by the Fund. These included;

On her part, Ms. Muliisa appreciated the DPF for the meeting and observed that it was an avenue for her team to gain more insights into the operations of the Fund and to seek guidance. The Bank pledged to address the concerns raised during the meeting and offered to cooperate with the Fund in creating public awareness about the DPF.

The Speaker of the Parliament of Uganda Rt. Hon. Anita Annet Among hosted a delegation…